Lalish: The Yezidi Spiritual Heartland (I)

Lalish is the spiritual heartland of the Yezidis, a place where they find both spiritual solace and physical protection during times of invasion and persecution.. During the recent assaults on the Yezidis by Saddam Hussien and the Kurdish Moslems many Yezidis sought short and long-term refuge in Lalish.

The sacred history of Lalish begins with the arrival of the Yezidis’ patron deity Tawsi Melek, the Peacock Angel, who first arrived on Earth when the planet was still barren and constantly besieged by earthquakes and volcanoes, Tawsi Melek was sent to Earth to remedy the situation and make the planet one of the most beautiful in the universe. Landing as a peacock at Lalish, Tawsi Melek succeeded in stopping the Earth’s quaking and then he covered the planet with his “rainbow” peacock colors.  It is believed that during the sacred Autumn festival in Lalish Tawsi Melek still visits the place along with six Great Angels of the Yezidis. 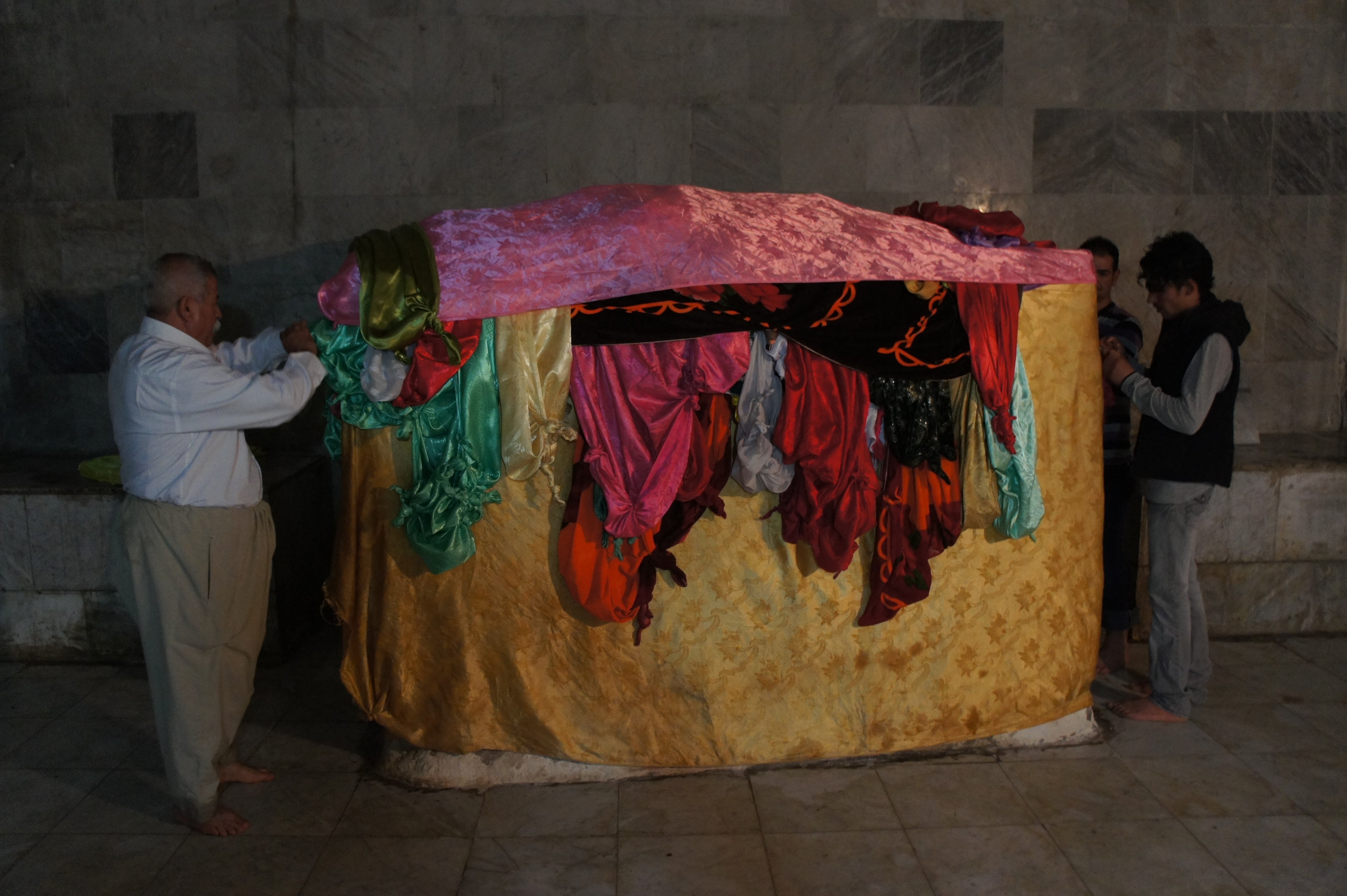 The focal point of Lalish is the Sanctuary, the shrine-tomb of the great Yezidi reformer Sheikh Adi.  There are also tombs here dedicated to six of the Great Angels who took incarnation with Sheikh Adi, as well as shrines associated with the miracles of Sheikh Adi and landmarks that were, supposedly, once at Mecca, such as Mount Arafat. Legends state that Sheikh Adi transferred Mecca’s landmarks to Lalish, thus making it the most sacred power spot on Earth. There is also a guesthouse attached to the Sanctuary to house the most distinguished Shiekh families during the sacred festivals at Lalish. Known as the Mala Fagra or “House of the Faqir,” it is here that head of the order of Faqirs lives year round. The Faqir head is entitled to the revenue of alms collected from the pilgrims who visit the Sanctuary, a right he annually purchases from the Yezidi Prince.

As one steps through the front entrance of the Sanctuary he or she is greeted by the image of a large black snake. According to one legend, this snake was once a live serpent. It was apparently causing problems for the residents of the Sanctuary so Sheikh Adi transformed it into a solid image when it attempted to scale the wall it is now attached to. Another legend states that Shiekh Mend, a companion of Shiekh Adi and an earthly manifestation of one of the Seven Great Angels, turned himself into this black snake and drove back the tribe of Haweris when they were attempting to convert the Yezidis to Islam.

After stepping through main door of the Sanctuary one finds a dark pool of water to the right. This is the Lake of Azreal, the Angel of Death. Some Yezidis contend that Azreal washes his sword in this pool after taking a soul, while others claim that this is where Azreal brings the souls of the dead to be judged. According to tradition, Sheikh Adi is one of the principal judges of deceased souls.